Last July, UN Member States did not reach an agreement during the long-awaited Conference on the ATT. The failure of these negotiations was mainly attributed to some of the key players of the international arms trade that have much at stake in the proposed ATT. In particular, the U.S., followed by other states, asked for more time to clarify and resolve issues they had with the draft treaty. Based on the concessions already made by China under the pressure of their African clients and the “wait-and-see” position assumed by Russia, it seems that these countries are not and will not be the treaty blockers.

The U.S., the world’s largest arms provider, can be considered as the pivotal state in these talks. Compared to the Bush Administration, President Obama’s first mandate signalled a dramatic shift in arms policy. Nevertheless, despite this new approach and the crucial role played by the U.S. in the process leading to the July negotiations, domestic considerations overcame the President’s good will. Barack Obama had to cope with a fierce domestic opposition and the pressure of the powerful NRA and he could not afford the risk of acting against their opinion before the election. The U.S. posture on the ATT is rooted in a robust cultural and political history concerning weapons. The U.S. constitutional right to keep and bear arms is difficult to combine with the ATT aspiration to prevent arms transfers to non-state actors in order to avoid them winding up in the hands of undesirable end-users.

The U.S. will probably uphold some traditional redlines (i.a. the exclusion of ammunition) and its requirement of consensus is maintained for the 10-day long final Conference in March 2013.

Considering the persistent divergence of views between the stakeholders, this rule may lead to a “fair compromise”. We already saw theimpact of such a stipulation last July. Despite the large majority in favour, the modest level of ambition of the final draft enabled the sceptical states to appear comfortable with thetext until they seized the opportunity provided by the U.S. to delay its adoption. Indeed,UN Member States have been in disagreement with the objectives of such a treaty for years: if a huge majority of states expressed commitment to a strong ATT, some of the largest arms importing and exporting states have always desired to limit its scope.

There are other sticking points that need to be taken up in order to reach an agreement in March, such as states’ reluctance to give up any element of national sovereignty in this field and the lack of transparency of many arms suppliers and recipients. Moreover, arms exports are considered as a means to foster some foreign policy objectives. Finally, if an ATT is concluded, its viability is likely to face other challenges: criteria are open to differing interpretations as existing regional mechanisms like the EU common position demonstrated and many states will need international assistance to fulfil their obligations. 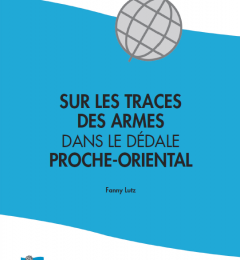